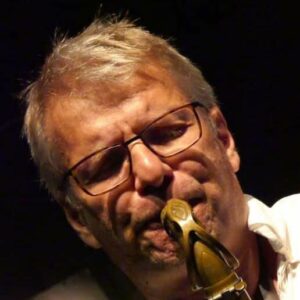 Danish saxophone player and composer based in Copenhagen .

He plays all saxophones, clarinet, bassclarinet, flute and piano. He has released 15 CD´s and is an internationally active musician.

He was Winner of Danish Music Award jazz 2014 for best Danish Jazz Release with ” 3 X Hess : Music for Mum & Dad and has received several composers Awards from the Danish Art Society. He has composed 350 compositions for small groups and larger ensembles and film productions.

Emil Hess is a associate professor at Aarhus University from where he holds a Masters degree in Music. He has also studied two years at Berklee College of Music in Boston and City College in New York . His teachers have been, among others, Jerry Bergonzi, Dave Liebman, George Garzone, Ron Carter and Bill Pierce.

CD Shop: Press To Buy “YOU” 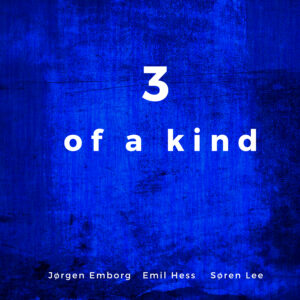 iTunes 3 of a Kind 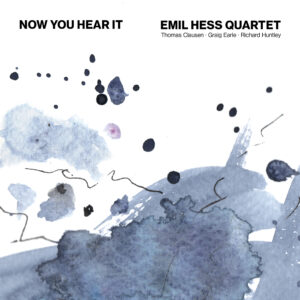 CD Shop: Press to order “Now You Hear It”

Itunes : Now You Hear It 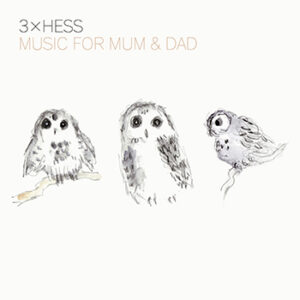 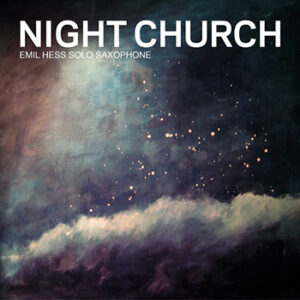 NIGHT CHURCH
Stærkt, vemodigt og gribende smukt soloalbum af dansk jazzsaxofonist ***** 5 stjerner i GAFFA
CD SHOP: PRESS TO BUY NIGHT CHURCH
ITUNES: PRESS TO BUY NIGHT CHURCH
REVIEWS
All but the two standards were composed by Hess and each song has aspects that stand out. “East Village” utilizes a New Orleans rhythm,”Waltz for Jette” is a lyrical ballad feature for Hess soprano, “Blackwells Island” becomes a tenor-drums duet and “the Great Bridge” is a Bluish ballad. The cooking “Bessie´s Blues” is taken by soprano by Hess who swings and does not sound derivative of John Coltrane. “Late Night in New York ” is moody and introspective, “212 West 91 st cooks on rhythm changes and “Dance In The Morning Mist” is another colourful original. “Everything Happens To Me” is taken as a tenor-bass duet, “ Midnight Express” is a wistful closer. There is solo space for each of the musicians but Emil Hess is the main voice throughout and really distinguishes himself. Recommended.
Scott Yanow i “Cadence: The review of jazz & blues. Creative improvised music” New York .
–
He has a great authority – and at the same time a sense of controlling his expression and constantly making it alive and meaningful.
Kjeld Frandsen in ”Jazz Special”.
–
Great tunes… a lot of good music.
Hess has gathered an extremely competent team to play his music. Huntley plays energetic, deliberate and creates drive. Clausen is both a fine soloist and a good accompanist, Søren Lee contributes with a fine, often blues-inspired guitar playing. Hess himself plays inventive and at the same time with an relaxed and powerful tone .
Jan Strand in Jazzspecial
–
***** 5 stars out of 6
Emil Hess has been inspired by the forest at night on the CD ” Forest Night” which has resulted in a dreamily beautiful record. It is as if the subject has been a true and sense opening spring to musical inspiration. The nine tracks on the CD are full-bodied and evocative and have titles like “Misty Dream”, “Song of the blackbird”, “Badgers groove”, “Mumbling in mould” and “Mating Duel” – the last one a fiery, merry and warm-blooded thing. There is space for cheerfulness in the music but generally it is performed with a gentle, lyrical and extremely differentiated and organical tone
Jørgen Bollerup Hansen in Aarhus Stiftstidende